The headwaters of the River Fane comprise of a series of small tributaries, which rise in Counties Monaghan and Armagh. These include the Frankfort and the Mullaghaduff Rivers and they flow into Lough Muckno at Castleblaney, Co. Monaghan. Between Lough Muckno and Lough Ross the river is known as the Clarebane River, which is deep and slow flowing.

The Fane proper, originates from Lough Ross which straddles the border between Monaghan and Armagh. In total, the Fane flows in a S.E. direction for 60 kilometers before entering the Irish sea at the sea-side village of Blackrock, Co. Louth. The best of the salmon fishing takes place in its middle to upper reaches from just below Stephenstown Bridge to Iniskeen in Co. Monaghan.

The Fane gets a good run of salmon and sea trout with salmon averaging 8lbs to 10lbs in weight and sea trout averaging around the 1lb. Of course bigger fish can be taken. Sea-trout fishing can be good from the end of May and around McKenna's Bridge is a favourite stretch. The main run of salmon arrives to the Fane late in the season and the best fishing generally takes place in September and October. However, fish can be taken from July onwards.

Salmon fishing can be dependent on water levels and floods can clear reasonably quickly. Riparian owners and a number of angling associations, some of which have day permits available, control fishing.

Location: Co. Louth, Monaghan and Co. Armagh. The main towns and villages are Dundalk, Blackrock, Knockbridge and Iniskeen.
​
Fish Species: The River Fane gets a run of salmon and sea trout.

Angling Tip: Many of the well known pools are heavily fished so consider the pools upstream of Inniskeen can produce salmon after a flood. 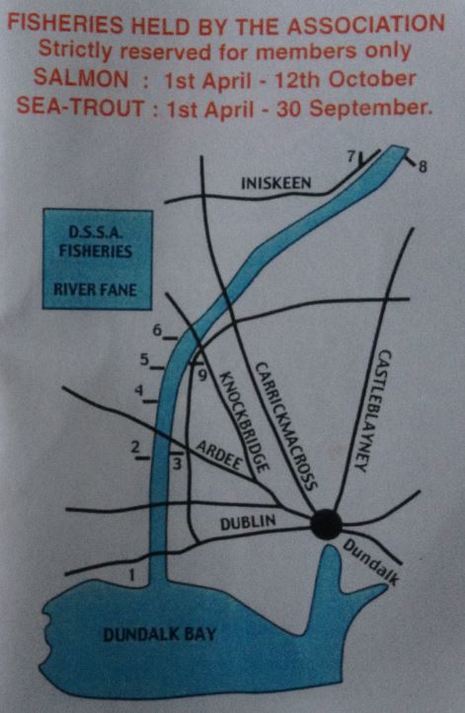 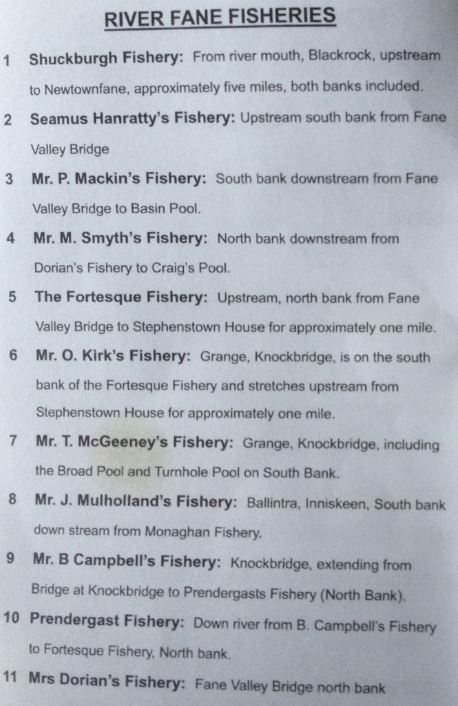